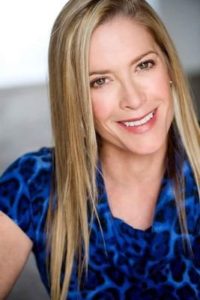 Jennifer Hanin (Jen) is an award-winning writer, influential consultant, prolific political blogger, co-author, social media maven, co-founder and former Executive Editor of Act For Israel. The American Marketing Association (AMA) awarded Jen and her colleagues at KBR, Inc. the highly coveted Marketer of the Year Award in 2008 for their outstanding efforts in the Energy Industry. Jen also earned her team a Crystal Award the same year by writing the video script for an interactive presentation used by employees at Chevron’s Escravos GTL plant in Nigeria. Jen is coauthor of the critically acclaimed What to Do When You Can’t Get Pregnant: the Complete Guide to All the Options for Couples Facing Fertility Issues (Da Capo, 2013; 2005) and Becoming Jewish: The Challenges, Rewards and Paths to Judaism (Rowman & Littlefield, 2011).

NPR interviewed Jen on her conversion experience and subsequent book on the subject. Newsweek (July 4, 2005) recommended Jen’s infertility book as the one to buy when undergoing fertility treatments.

JTA ranked Jen @jennhanin as #38 on their 100 Most Influential Jewish Twitter Users for 2010, and #10 in the category of Politics and Policy. She also won Shorty Awards in the categories of Religion and Judaism in 2009.

Jen has appeared on television and radio to discuss her books and blog posts, and her blog has generated interest from every continent except Antarctica. Editors have translated her work into Dutch, Russian, Portuguese, Chinese, Spanish, French and Arabic. The International Business Times cited Jen’s blog post, Iran Won an Oscar but Keeps Losing Public Opinion Elsewhere, detailing the Iranian reaction over its filmmaker’s 2012 Oscar win.

In her effort to seek truth, Jen began her career as a news intern interviewing community leaders and writing for KTRK-TV, ABC’s Houston affiliate’s Sunday Morning Show. Jen has a well-rounded background which includes writing and project management for Fortune 500 corporations including KBR, Honeywell, Compaq and RE/MAX. Jen holds a master’s degree in Public Relations from the University of Houston, and is author of a master’s thesis: Public Relations as Negotiation: A case study of the Dow Corning Corporation in the silicone breast implant controversy. She spent her post-undergraduate career in social service working with parents and children, and holds a bachelor’s degree in Human Development and Family Studies from Texas Tech University.

Additionally, Jen has always stood up for social responsibility and individual rights. She works, plays and resides in Houston Texas, and spends her free time living life to the fullest with her twin daughters, and enjoys skiing (snow and water), hiking, running, cycling, sailing, wakeboarding and scuba diving.